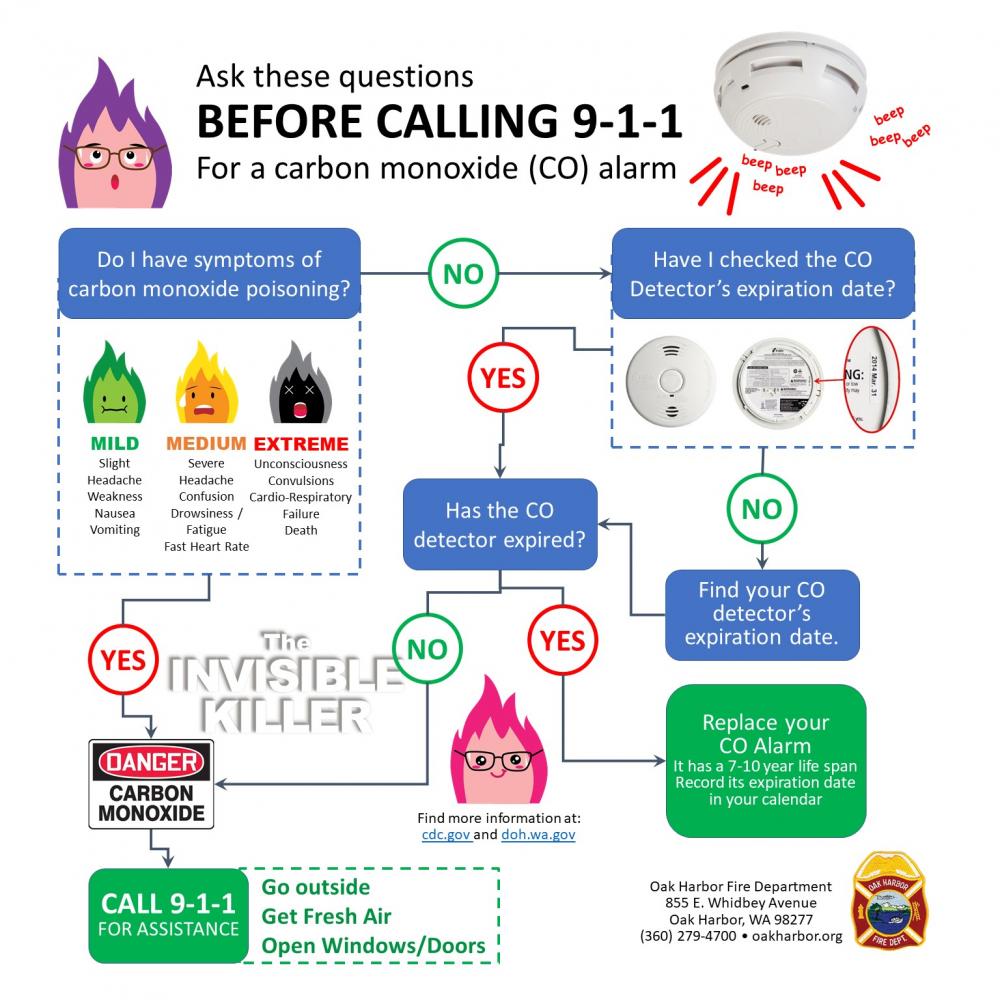 Check your detector's expiration date. Smoke and Carbon Monoxide detectors expire 7 to 10 years from their date of manufacture. They will chirp when they expire.

Quality, not price, should be the determining factor when you decide to buy smoke detectors. Check for the following:

Ionization smoke detectors contain a small amount of radioactivity that conducts electricity. Electric current flows continuously between two electrodes in the chamber. When smoke particles enter, they disturb this flow, causing the alarm to go off.

Photoelectric smoke detectors contain a beam of light and a photocell within the chamber. When smoke enters, it deflects the beam, causing it to strike the photocell and set off the alarm.

The differences between the two types are generally not critical since the difference in response time is only a matter of a few seconds. Since most home fires produce a rich mixture of smoke types, with detectable amounts of both large particle and small particle smoke early in the fire's growth, either ionization or a photoelectric detector will meet most needs.

Buy as many smoke detectors as it takes to give your home complete coverage. You increase your chances of survival with each one that you have; one on each level of the house is the absolute minimum.

You should have a smoke detector in a bedroom if the occupant smokes or sleeps with the door closed.

When bedroom doors are left open, you should have at least one in the hallway outside the bedroom area.